You are here: Home / Norway 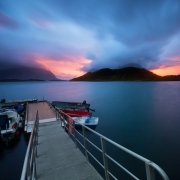 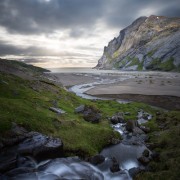 Did you ever happen to tell yourself “I like that photo, really. I loved the place, I like the angle I got to shoot, but… I don’t know, I wish it were more… dramatic“. Well that’s what I thought when developping this photo. I loved the hike on the wonderful beach of Bunes, in the Lofoten Islands, and I was glad to have thought of climbing up the stream that flows straight to the bleach ; but something was off.

I would have liked to shoot this place during the golden hour, but our return boat was scheduled, so I just went with it and “golden-hourized” it myself! 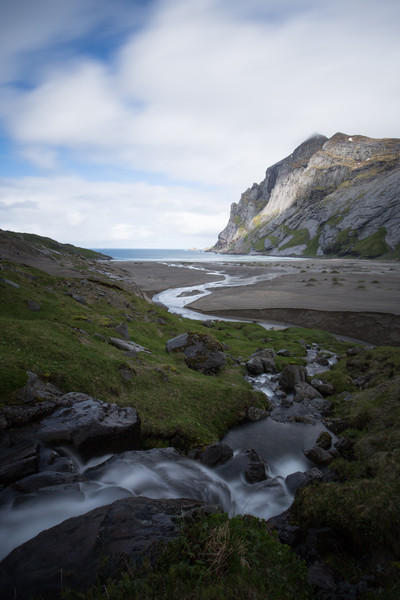 I needed an evening sky, so I fetched a photo taken during the same trip and applied the technique I described in this tutorial. 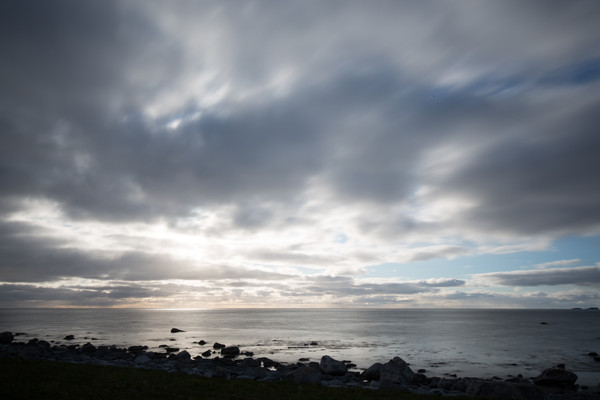 I took also care of the light reflections in the ocean and extended the sky patch to that area.

Changing the ambiance so that the photo would take place in the evening also meant that the light casted on the land would have to be modified likewise. I used a burn tool brush with a 10% exposure to soften the ray of light across the cliff and darken its edge. 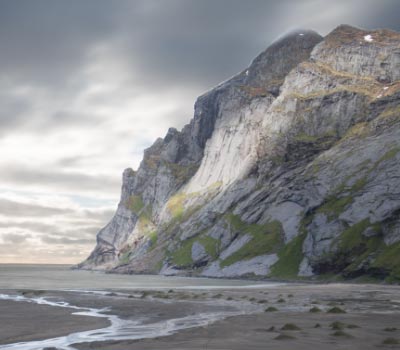 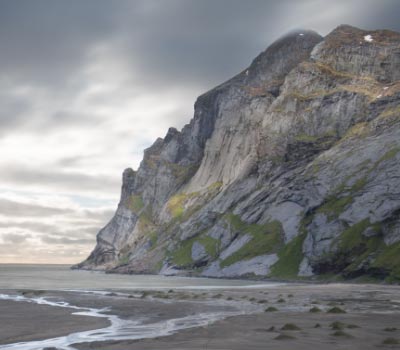 The water flowing down the beach was also too bright, and now had to match the ocean colour. 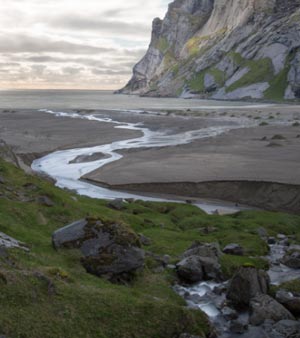 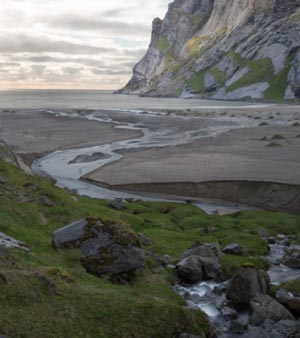 I then took some time (a lot actually) to erase the many footsteps visible in the sand using the clone stamp tool. 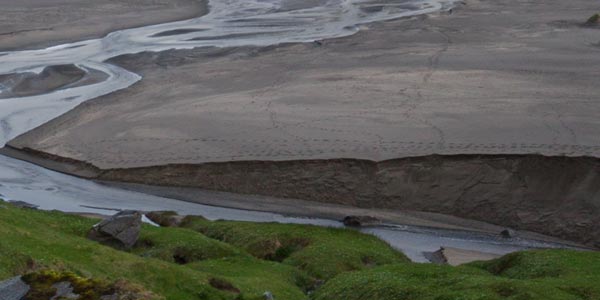 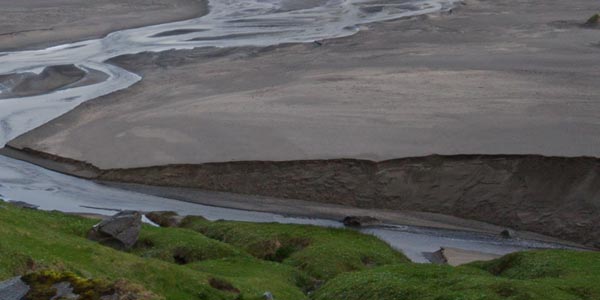 And I finally added some saturation and contrast to make the ground pop a little bit. 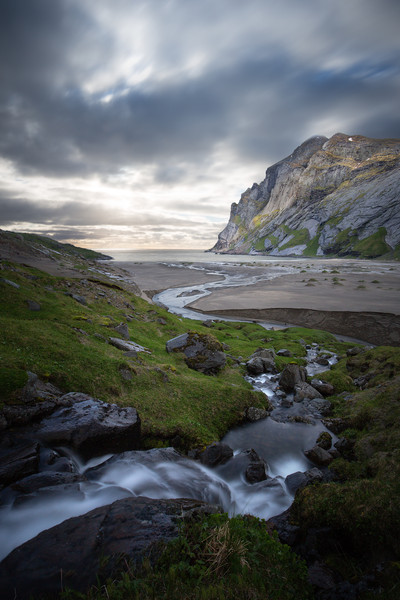 Here we are! I think this photo has now much more character. 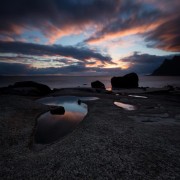